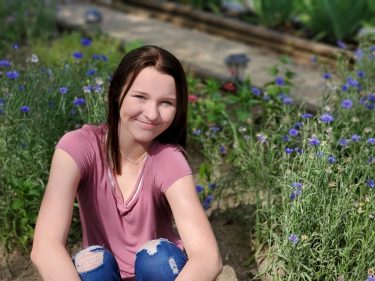 The Darrell Wiatt Family Philanthropy Essay Contest was established in 2006 by Darrell Wiatt, a passionate community member and former educator at the North Putnam Community School Corporation. The program aims to recognize everyday philanthropists in Putnam County and ensure that no child will graduate from high school without knowing the meaning of the word “philanthropy.”

Monroe Beaman, a seventh-grader in Susan Trent’s class at North Putnam Middle School, wrote the grand prize-winning essay about Crystal Strotman, a Bainbridge community volunteer, for the 2019 contest. Monroe wrote, “Our community would truly be lacking if we didn’t have someone as valuable as Crystal Strotman amongst us.”

She continued by saying. “To be a philanthropist, you don’t have to be rich or have multiple credentials behind you. As Mrs. Strotman mentioned, she just fell in because she wanted to help and volunteer her time. Anyone can be a philanthropist no matter what status you have. You just have to have the desire to help, the want to see a positive change in your surroundings and in the future.” Her words can be an inspiration to all.

Beaman received a $150 grant to award to the charity of her choice, Putnam County Humane Society, and North Putnam Middle School received $500 to which Beaman asked to be directed to the arts program.